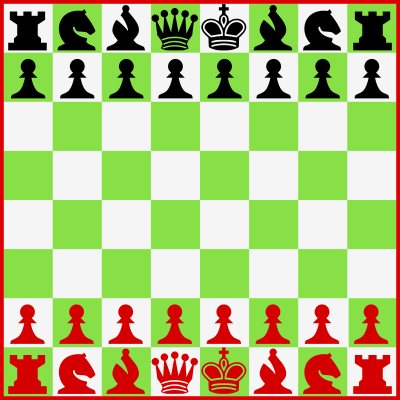 Texit – the movement for Texas independence – stalled in the regular session of the Legislature. HB 1359, the Texas Independence Referendum Act, got no hearing. Even many hours of “virtual testimony” did not sway a complacent (or frightened) Texas House. Now Dan Miller, head of the Texas Nationalist Movement, is preparing his next move. And he will announce that move within ten days.

The real reason for the failure of Texit

CNAV has read a key report that offers more insight into the failure, not only of Texit but also of a bill almost as important. That bill is SB 7, the Texas Election Integrity Act. That bill failed when all the Democratic members of the Texas House walked out of the session. When they did, the House did not have a quorum and could pass nothing.

Governor Greg Abbott, a Republican, immediately announced plans to call a special session of the Legislature. This happens frequently when “must-pass bills” die like this, according to The Texas Tribune. It happened four years ago, with 19 bills on the agenda, not all of which passed. That it must happen at all is because in Texas, the legislature:

He had to call a special session anyway

Two key facts complicate the analysis of Gov. Abbott’s announcement about a special session. First, he must call such a session in any case. Redistricting must happen this year. And the Census Bureau was late with the information Texas needs, by reason of SARS-CoV-2. The regular session couldn’t have taken it up. Result: a special session, that was always going to happen.

In addition to redistricting, the special session will definitely take up SB 7, and funding for economic relief for businesses that Gov. Abbott locked down last year. (He has since removed all mask mandates, minimum social distances, and capacity limits.) But the two leaders of the Legislature are at odds on how to proceed. Gov. Abbott will not even discuss when the special session will take place or what other bills it will take up. Lt. Gov. Dan Patrick militantly supports SB 7 as-is and wants the Legislature to take it up as one bill.

But Dade Phelan, Speaker of the House, is not as militant as is Mr. Patrick. He talks of breaking up SB 7 into smaller bills, each dealing with one issue. And we now learn, again from The Texas Tribune, that Mr. Phelan had the authority to enforce a quorum call and even send out the Texas Rangers to compel the attendance of absent House members, and he refused. And he still refuses to enforce quorum calls during the special session.

Phelan is the weak link

These key facts suggest to CNAV that Dade Phelan is the weak link. If Dan Miller wants someone to blame for HB 1359 dying in committee for lack of a hearing, let him blame Speaker Phelan. And perhaps we also have Mr. Phelan to thank for the death of HB 2862, the Finish the Wall Act. That bill also died in the Committee for State Affairs for lack of a hearing.

We see Kabuki theater, in which, in this case, Republicans pretend to care about an issue but end up “chubbing” it to death anyway. Dan Miller obviously knows this.

Another reason for Texit – the border crisis

The TNM will tell anyone who’ll listen that Texas has many reasons to want its independence. Sam Houston perhaps had good reasons to affiliate with the United States in 1845. He presided over a “Lone Star Republic” that had too large a land area to defend, and no industry. That was then. This is now. Dan Miller can show convincingly that if the vote today were “Tex-Enter” and not Texit, the vote would be NO!

Now, besides everything else, the Mexican border is in crisis. After President Joe Biden ordered contractors on The Wall to down tools and go home, illegal immigrants started pouring through the breaches in the wall. And they’re still pouring in. So Governor Abbott did something about it—sort of. He laid on Operation Lone Star, in which Texas Rangers and Texas National Guardsmen would add their “beef” to sheriff’s departments along the north shore of the Rio Grande. Eleven days later (17 March) he expanded that order to cover human trafficking. On that same day, Rep. Bryan Slaton introduced his Finish the Wall Act.

Last Tuesday (1 June) Gov. Abbott raised the stakes. He declared a disaster along the border, and empowered the Rangers to arrest people who cross the border or move drugs—or sexual slaves—across. Furthermore, under his order:

Does the Governor go far enough?

But Dr. Turley took no cognizance of HB 2862 dying in committee for lack of a hearing. In fact he didn’t take cognizance of the end of the regular session.

The only thing that will show illegal immigrants, “coyotes,” the drug cartels, and those who move sexual slaves into this country, that Texas means business, will be a special session that, at minimum:

And yes, the federal government will not only refuse to reimburse Texas for its expenses. They will also likely sue Texas to secure the release of the illegal immigrants into the country. Democrats want their votes, and illegal immigrants – unlike in-country movers – are likely to give them their votes. So Washington will likely accuse Texas of “engaging in war” “without the consent of the Congress.”

But Texas can say that as a State it:

Nevertheless, anyone can readily see that this can only be part of “exhaustion of remedies.”

Dan Miller tees up the next Texit move

Dan Miller has grown tired of waiting. So on 3 June he announced that on 14 June – Flag Day – he will make “a major announcement.”

With the end of a legislative session that saw legislators reject thousands of calls and visits from their constituents who want a vote on TEXIT, the TNM is moving to the next planned phase of our campaign to get and win a referendum on Texas independence.

Miller has already hinted at what that might mean: “primarying” of Republicans who:

Those wishing to watch the announcement when Mr. Miller makes it can watch it at:

List of earlier articles relating to Texas independence and readiness

[…] night Dan Miller of the Texas Nationalist Movement made the Major Announcement he teed up ten days ago. Using a relatively obscure provision of Texas election law, he will start a petition […]