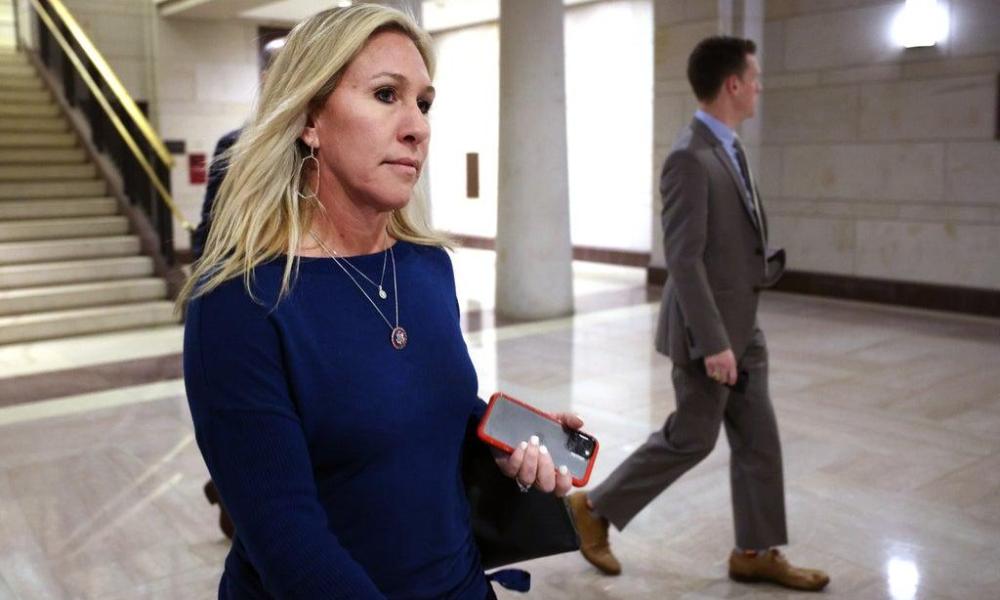 Representative Marjorie Taylor Greene (R-GA) has received four more fines this week over her refusal to wear a mask while on the House floor.

She has been outspoken regarding her opposition to mask and vaccine mandates for the Covid-19 virus. The House Ethics Committee said this week that this brings her to a total of seven fines this year, according to the Washington Post.

The Hill reported this week that the Sergeant-in-arms has reprimanded her 20 times this year and that she has accrued $48,000 in fines for not following the House mask mandate. However, it’s unclear if she was fined each and every time she went maskless.

Another House member from Georgia is facing similar fines. Rep. Andrew Clyde has been fined three times, with each late September instance occurring at the same time as Greene’s. Neither are trying to appeal the fines.

House members face a $500 fine for their first offense and each subsequent offense costs them $2,500. The fines are deducted from the representative’s salary of 174,000. The Senate has no such fines, as there is no mask mandate for senators or those in the Senate chambers. The Capitol physician, Dr. Brian Monahan, has played a large role in the House’s mask mandates.

Greene was the subject of controversy several times this year. While hiding maskless during the January 6 riot, she was grouped with several Democrats. Some of those Dems tested positive for the virus days later. She also compared mask mandates to Nazis requiring Jews to wear the star of David during the Holocaust. This and other comments she has made have resulted in Twitter suspensions.