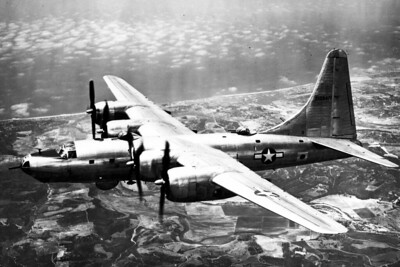 Hello this is Darrell Castle with today’s Castle Report. Here in the Castle family we are doing just fine except that the family daughter has had her hopes for an escape from her jungle island dashed again by a few cases of virus in New Zealand so flights have once again been canceled. So, we talk to her on Zoom, we wait, and we pray for her and her husband as they endure their 6th month of captivity.

Now here is a bit of information you might not be aware of. The destruction of the cities of the world has not always been the result of Democrat politicians. Although, by a strange coincidence, a Democratic politician did destroythe two we are going to remember today. This month of August 2020 is one of such historic importance that I must take you back 75 years into history to talk about it. Why do I remind you of World War Two anniversaries and talk about that event in history so much? Because we should not forget the men who fought there. And because it was the last time in our country’s history that we united completely as a people against a common enemy.

His name was Anthony Marchione and he had just celebrated his 21st birthday. The date was August 18, 1945. That date fell two days after President Truman had ordered all American forces to cease offensive operations against Japan.

Mission: not destruction of cities, but aerial photo recon

The United States had a new bomber called the B-32 Dominator. The Army Air Forces did not even use it during the war. Instead they used it for photo reconnaissance to make sure that Japan was complying with the cease fire agreement. The bomber was to:

Tony Marchione was not a member of the regular crew. The Air Forces assigned him as a photographer and assistant gunner on the flight.

Some soldiers and officers don’t know when to quit

A lot of Japanese military would not accept the Emperor’s statement to the Japanese people that he had accepted the Allied terms of unconditional surrender. He explained to them in his national broadcast that the Americans had a new and most cruel bomb. This bomb had such devastating power that further resistance was futile. Ordinary Japanese viewed the Emperor as a god and when he spoke that was the law. So they accepted his decision. But much of the remaining military refused and committed mutiny rather than lay down their arms.

Death of a photographer

In the meantime, as Tony Marchione’s bomber reached its assigned area and began to take pictures it came under attack. Four rogue Japanese fighter aircraft, with four mutinous aviators in their cockpits, took part. One of their bullets hit Tony at his gun turret. He bled to death in the sky while attempting to make it back to his base. Tony Marchione was the last of almost half a million American combat deaths in World War II. That happened 75 years ago August 18, 1945. So he would be 96 years old if he were still alive today.

Destruction of cities in war: Hiroshima and Nagasaki

A few days before that on the 6th of August 1945 a B-29 named the Enola Gay took off from its island base at Tinian headed for the Japanese city of Hiroshima. The Enola Gay dropped a 5000-pound atomic weapon named Little Boy. Which exploded over Hiroshima with a force equivalent to 15000 tons of TNT. Eighty thousand people died instantly with tens of thousands more dying of radiation over the following few days.

Three days later Emperor Hirohito and his generals still scratched their heads like Hamlet. So the Air Forces used another bomb named Fat Man against Nagasaki with similar results.1 Two cities were wiped off the map and the world had what remained of its innocence taken away that day. The two mushroom clouds became a symbol that has dominated the world and appeared in its nightmares for 75 years.

Why the Emperor surrendered

Thoughts of nuclear annihilation have held us hostage for all that time. Most of us realize that one mistake by one leader could set it off.2 We all, hopefully we all, understand the awesome power that we now place in the hands of each person who has occupied that office since then. The Japanese Emperor understood after Nagasaki that these Americans were not planning to give his warlords that glorious chance to die in the streets of Japan fighting one million American troops. Emperor Hirohito probably expected Tokyo to be the next city to disappear.

President Truman told him through diplomatic channels that if he surrendered his nation unconditionally, he could remain as the symbol of Japan. General Douglas MacArthur became proconsul of Japan and he was in effect the new Emperor. There is a new movie starring Tommy Lee Jones as MacArthur called Emperor. Which you can watch for free on You Tube.

I can recommend it most highly.

Rebuilding after destruction of cities

General MacArthur brought order to Japan and helped the Japanese rebuild and rejoin the modern world. Within a few years of being completely devastated and turned into a nuclear wasteland, Japan was a G-20 economy. So there should be statues to Douglas Macarthur all over that country. He ran the country with dignity and respect for its people and customs. Key to his success, he channeled the natural ability of the Japanese people into economic production instead of military conquest. He even involved the old military in the rebuilding project.

Germany was also completely devastated and had to be rebuilt from the ground up. The American taxpayers, through the Marshall Plan, rebuilt the cities of Europe very quickly. America needed the nations of Europe and Japan as trading partners for their own economy. So the rebuilding helped both sides.

Destruction of cities through political action:

The destruction of our cities today at the hands of Democrat politicians can’t compare with:

But the destruction is rather complete, nevertheless.

Especially in New York where millions have fled the devastation the lockdown and later riots and looting. Which have almost destroyed that city. This is the worst economic disaster in New York history. It is worse than 9/11, and worse than the 2007/2008 Wall Street crash. It is even worse than the Spanish Flu epidemic or the polio epidemic.

Never before have the stores on 5th Avenue been completely closed and boarded up. Fifth Avenue is perhaps the busiest shopping district in the world with millions walking that avenue constantly day and night. It is currently lined with boarded storefronts from the destructive looting which Governor Cuomo and mayor De Blasio refused to stop. Couple the riots and looting with the economic destruction from the lockdown. What you have left is a destroyed city.

New York, the greatest city in the world, the capital of the world, is currently deserted. No tourists walk the streets, and I mean none as in zero. Broadway is closed and dark as are at least 60% of the 18,000 restaurants in the city. Tourist attractions are not open because no tourists will go to them. The streets look like a ghost town and the question becomes: will it ever be back to normal?

My guess is that it will not return to normal since millions have left permanently. And taken the tax base with them. Businesses, forced to close for 6 months, have found ways to work remotely, or they have died. Those people will not be coming back to pay the most expensive real estate rents and taxes in the country.

Destruction of cities does not involve all cities yet

They have found, by necessity, a new and perhaps better life in cities like:

where they have relocated. They can do their work from anywhere. So why not avoid the cost and the hassle of living in Manhattan if the fun is now out of the equation.

My daughter went to college in New York. So I left a lot of my money and my time there over several years. I’ve seen recent videos plus I have talked to people who have been there since the lockdown. And it is not the same city. Andrew Cuomo and Bill De Blasio can certainly be proud because they have destroyed the greatest city in the world. New York now faces a monumental, perhaps unsolvable, rebuilding task.

Destruction of cities – the West Coast

The West Coast Democrat cities such as Los Angeles, San Francisco, Portland, and Seattle speak for themselves. The riots and looting for months, soaring rates of violent crime, have combined with the lockdown from the virus. Now anyone who can escape has done so. I spoke to a business associate who has lived in both New York and LA this year. She told me that the cities have changed places with regard to the economic devastation. LA is showing signs of returning to its pre-virus normal, but New York is a ghost town.

Voting with their feet

Portland and Seattle have some terrible Democrat leaders, but I repeat myself. I have talked about them so many times that it gets boring, but they are Democrat poster cities right now.

Violent crime, riots, looting, destruction, and no work, all add up to a destruction of the once great cities. In Chicago we have the murder capital of the nation coupled with all the other headaches and hassles of living in such a Democrat utopia, including the looted and broken shops of Michigan Avenue.

People are voting with their feet and getting out just as fast as they can. Many of the people I have talked to who managed to stay out the lockdowns of their cities, fled from the riots and looting.

I suppose the lesson is that if we just keep voting for those Democrats,

we will get our socialist utopia sooner or later.

Destruction of cities in months, not years

Those fortunate enough to live somewhere else still enjoyed a visit to the city from time to time. We went to LA to enjoy the beaches and Hollywood. And we went to New York for Broadway, or to see a baseball game. In the winter we went for Rockefeller Center and Macys on 34th and Broadway. (Which is now looted and boarded up.) Too bad, I loved those cities, but maybe this will spark a movement toward decentralization.

Finally, folks, do I really think the devastation after World War Two compares with today? Only in principle, not in fact. After all, it took years of round the clock bombing, plus a final nuclear blast to devastate the cities of Germany and Japan. But Democrat Mayor De Blasio turned the greatest city in the world into a ghost town in only five months.

1 The people of Hiroshima and Nagasaki maintain a mordant competition to this day. In Nagasaki people say, “Ours fell slightly off target, but was bigger.” Fat Man did indeed land slightly off target. But of course, by reason of its awesome destructive power, the off-target strike did not matter.

Why all this division, conflict, disorder and destruction?

What happens if Biden wins? | Conservative News and Views

[…] Chris Wallace let Biden get away with saying it’s just an idea not an organization. That idea is burning and looting cities and turning them into ghost […]