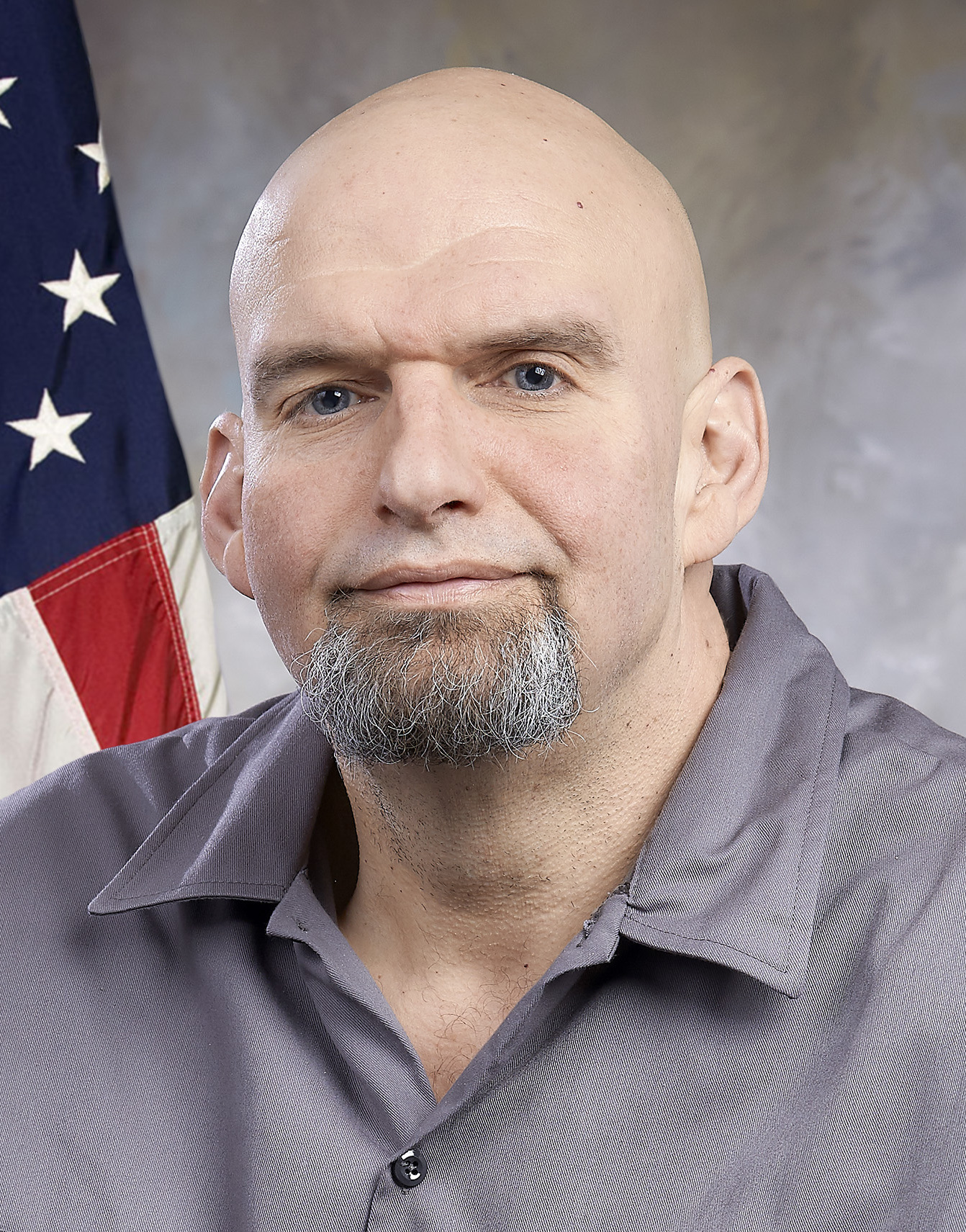 Hello, this is Darrell Castle with today’s Castle Report. This is the 11th day of November in the year of our Lord 2022. I will be talking about the elections last Tuesday, but primarily about one election which I argue illustrates better than all the others the condition of America today. I ask the question, how can this be, how could this have happened, and I look for answers.

John Fetterman? You’ve got to be kidding

Yes, that’s right I’m talking about the election of John Fetterman to the United States senate in Pennsylvania but first I must remind you that yesterday, November 10th was the 247th birthday of the United States Marine Corps. The birthday falling on Thursday is good for Marines because it means that today, the 11th is veterans’ day and that gives Marines a four-day weekend. Some 20 million have served and are serving so take a moment and honor one of them or their surviving spouse and children.

John Fetterman, its very difficult to believe, but he was just elected to the United States Senate by a comfortable margin. I would never make fun of or belittle someone who has been a stroke victim and has brain damage, but neither would I want that person to fly my airliner or perform surgery on my heart. There are some jobs that require certain physical and mental skills, the absence of which eliminates one from those careers. I had to give up my dream of playing center field in Yankee stadium and of winning the Olympic marathon because I did not have the physical ability to achieve those goals.

I would submit that serving in the United States Senate is similar in that one should be able to talk and carry on a conversation of complete sentences to hold that office, but the people of Pennsylvania disagree. They elected by a comfortable margin, a man who is so obviously unfit to hold the office that it boggles the mind. His words are incoherent ramblings which are nearly impossible to discern, but he was elected anyway.

The people of Pennsylvania had the chance to witness the same debate with his opponent, Dr. Mehmet Oz that I did and yet they concluded that they wanted that man to represent them in the Senate. It is mind boggling that any sane person could come to such a conclusion, but despite his obvious mental shortcomings, and if he has people to help him, he will probably show up in the senate in January.

His opponent was weak, that much is true. He accepted Trump’s endorsement, then once he had the nomination, he took it down from his web site thus giving the impression of being an opportunistic power seeker with no loyalty. He also refused to renounce his Turkish citizenship which was undoubtably a turnoff for many people. Turkey is a NATO member and therefore not an enemy, but it would be fair to say that it is at least hostile to the United States.

Why then would they elect John Fetterman to the Senate? The answer is fairly obvious and that is that they wanted him in the Senate. They saw all his faults, which revealed to them his inability to perform the functions required, but they wanted him anyway. They knew he would be unable to discharge his duties, but they didn’t care. The election of Fetterman proves that the election of Biden was no one off for the Democrats. Being able to perform the duties of one’s office is no longer a requirement for elected office in America. It would be interesting to hear a conversation between the two of them, perhaps laughing about their elections.

This is rubbing our noses in it by the Democrat elite. Their goal of filling every local office with their own people and of filling the country with new Democrats is now complete enough to give them a permanent majority. They don’t even have to put up a coherent candidate to win. Everyone knows and accepts the obvious conclusion that someone else or some coalition of behind-the-scenes people is actually pulling the strings and exercising power. The fact that they elected a puppet, and no one as yet knows who will be pulling the strings is apparently fine with the good people of Pennsylvania.

So, not only in Pennsylvania, but around the country, what was this election about and what were all those Democrat voters voting for. They voted for and endorsed an anti-human, anti-science, pro-death, pro impoverishment political platform and party. They endorsed the last two years of lockdowns and mandates of ruined lives and bankrupt businesses, of sell outs to big pharma at the expense of the rest of humanity.

The Democrats who were supported and elected tell us openly that when in office they will continue to do things which will make us poorer and ruin our jobs and families. Your food will continue to cost more and more, as will fuel for your car and your home heat and air. Higher prices are good they tell us because they will discipline and encourage us to follow more closely the morality, they assign to us. Two years of life were taken from us by these people and now instead of banishing them we reward them.

What else then was elected? The release of violent criminals without bail so they may continue to commit violent crimes against innocent people. The legalization of shoplifting and of the use of dangerous drugs on the streets as well as the legalization of defecating and urinating openly in the streets. The rendering of subways and other means of public transportation dangerous and fearful places all with the blessings of elected Democrat mayors and governors.

Unlimited abortion, or more properly infanticide similar to the ancient pagan tribes, along with vaccine mandates for children to attend school. They voted for requiring your children to accept a completely unnecessary and very dangerous vaccine as early as age five. They voted for the continued sexual exploitation of your children with transgender and LGBTIQ indoctrination in the schools you pay for. Sexual grooming, gay pornography, and other forms of perversion and indoctrination in the public schools at the earliest ages.

Let’s not forget energy shortages, a looming diesel shortage which threatens an already fragile supply chain. Stone age concepts disguised as progressive like wind and solar will be forced on us. On our way back to the pre-industrial age we can be comforted that we are oh so progressive in our misery and poverty. Let’s not forget the wide-open southern border and the resulting invasion. This invasion results as well as third world economic status, in massive increases in human trafficking and other illegal imports like fentanyl.

People continue to try to make sense of it all whether it represents comedy or disgrace to them. Many people just don’t bother to vote anymore concluding that it just doesn’t make any difference. To that end a quote from actor James Woods:1

If your party can’t beat the actual dead, the talking dead, and the walking dead, it’s over.

In Pennsylvania, Democrats elected a brain-damaged man who can barely put a coherent sentence together because he suffers from aphasia. This man cannot possibly represent his constituents responsibly, but they voted for him anyway. This tweet says it all: Do I vote for the party that nominates candidates with brain damage or the party that loses against candidates with brain damage.

So, we have a tattooed candidate with recent and obvious brain damage running against a Muslim doctor who served in Turkey’s army to maintain his Turkish citizenship and later went on to TV stardom in America. Some choice huh? The New York Times chimed in as it is prone to do in order to compliment Pennsylvania and question whether nationwide, we had enough diversity among the candidates. I would submit that all the Times really cares about is convincing the voters to share the philosophy and prejudice of today’s global ruling elite and to the credit of the Times, it appears to have been successful.

Not only Fetterman – a district re-elects a dead man

Pennsylvania is such a lover of diversity it was even willing to consider the dead as viable candidates. Yes, in the 32nd district diversity went to a new level of absurdity. Representative Tony DeLuca won big in his race as reported by Business Insider:

Pennsylvania state lawmaker won big in the midterm elections despite being dead. Representative Tony DeLuca who died at the age of 85 on October 9 from lymphoma, crushed Green Party challenger Zarah Livingston in Tuesday’s midterm elections.

Yes indeed, some effort by the third-party movement. The voters actually preferred a dead person, a corpse, to your live candidate. Well, nevertheless, Zarah has my sympathy. The voters in the 32nd district exercised the ultimate in diversity choosing to elect someone to represent the most disenfranchised group in the nation, the dead. Good for Pennsylvania, you can indeed carry yourselves with pride.

The old guys sitting in the town square trading pocketknives and whittling on sticks would put it like this as they lament the old days. In the old days politicians would come around and at least pretend that they cared about us. They would promise us things like road improvements, but now they don’t even do that. However, the ignorance and pride of youth is convinced they have found a new path, but I’m afraid it only leads to destruction.

In conclusion, how can it be possible that there has been no massive repudiation of the last two years. The Democrats have done massive, perhaps irreparable damage to society with no health benefits. How can it be possible that a large portion of the human race actually cheered on their efforts to decimate livelihoods, destroy businesses, postpone or cancel life saving surgeries, starve much of the world, disrupt supply chains for years in the future, destroy family relationships, force grandparents to die alone in terrible conditions and then forbid you to attend their funerals. How is it possible that a majority could affirm all that and more?

Finally, folks, who says there is no good news? Certainly not the World Happiness Report which tells us that Americans are happier than they were last year. The U.S. was ranked the 19th happiest country in the world in 2021 but this year the U.S. has climbed to 16th, so progress is being made. For the fifth year in a row Finland was the happiest country with Denmark in 2nd place. The report focuses on how people view their own lives and concludes that the improvement was due to the opportunities for benevolence provided by the Covid pandemic. So, go figure.

This portrait of John Fetterman as Lieutenant Governor of Pennsylvania in 2019 appears in Wikimedia Commons, courtesy of Gov. Tom Wolf of Pennsylvania. Gov. Wolf, either individually or in his official capacity, has licensed this portrait under a Creative Commons Attribution 2.0 Generic License.

1 James Woods “tweeted” this out on Twitter, but someone has since removed the tweet. Was it James Woods himself? Or Twitter Moderation? CNAV cannot determine this and reminds everyone that Chief Censor Yoel Roth has resigned or been fired.