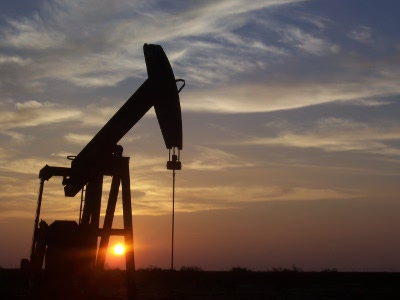 Petrodollars served America’s governments well for more than 25 years, until other governments—and madmen—saw chances to rebel or conquer the world.

Late in the 1990s, the European Union did something that would upset the delicate diplomatic balance of petrodollars. They invented the euro, and billed it as an alternative to the dollar.

In 2000, Saddam Hussein decided to stop accepting petrodollars and start demanding petro-euros instead. In answer, President Bill Clinton started talking about “regime change” in Iraq. Nothing came of that—until September 11, 2001, when Osama bin Laden’s team of assassins seized four US airliners and crashed three of them into buildings. They would have dived the fourth into the White House or the Capitol, but a group of passengers tried to recapture the cockpit, so the hijackers dived it instead into a field in Pennsylvania.

Bin Laden wanted to be another Muhammad. He was also a financier. Maybe he knew what petrodollars were, and how the world economic system depended on them. He knew that they were the real reason why the hated Great Satan has his troops all over The Peninsula (in Arabic, Al-Jazeera, the name of a popular Arabic TV network). So Bin Laden sought to force his fellow Arabs to abandon the petrodollar system and everything else connected with it, including US troops, ships and planes in Arabia. Then he could conquer the world easily. He might have saved Israel for last, to keep a rallying point for Arab anger as long as he could. (Note: neither US nor Israeli forces destroyed the World Trade Center, nor conveniently dived an aircraft into the just-reinforced wall of the Pentagon.)

But, like the Japanese Admiral Yamamoto, Bin Laden merely

waked a sleeping giant and filled him with a terrible resolve.

Nor dis Saddam Hussein realize what the American response meant until far too late. For instead of retreating, George W. Bush sought to smash Bin Laden’s network of non-governmental upstarts. He also used the September 11 Incident as a context for turning Bill Clinton’s idle talk of “regime change” in Iraq into concrete action.

Hussein did not help himself. He:

Hussein could have played the UN for suckers, but was too arrogant to try. Instead he claimed to have many more “palaces” than anyone would believe, and harassed the inspection teams when he could. His death, and those of his sons, and the loss of their country, are the results.

Coalition forces found three mobile chemical-warfare laboratories, and little else. But a few years later, some terrorists tried a gas attack on Amman, Jordan, using supplies that they brought over from Syria. That was the best proof so far that someone, maybe the Russians, helped remove Saddam’s weapons cache to Syria. Little good that did him. Bush meant to punish Saddam, not so much for the reasons given above but for trying to abandon petrodollars.

But Bush made another mistake that Clinton did not make. He kept spending beyond the country’s means. (Maybe Clinton did not do that because the Republican Congress would not let him.) Barack Obama has spent money four times as fast, but except for spending money faster, Obama took his cue from past Presidents going all the way back to Nixon and maybe to Roosevelt (either one). The difference is that the economy stalled for other reasons, and that is why a large body of citizens has risen up to protest the spending spree.

Those citizens will not succeed unless they know why the system did not collapse like the Weimar Republic long ago—and why it still might. Petrodollars kept that from happening. But that will not last. Already, Iran, North Korea, and Venezuela (the “Axis of Evil”) want to move away from petrodollars. China and Russia are trying to develop their own joint currency as a dollar alternative. (Russia is a big oil producer in its own right, and China is one of the biggest oil buyers.) Representative Ron Paul (R-TX-14) knows that oil producers might some day demand something much simpler: gold.

The petrodollar system must go. Either American citizens take it down, or foreign governments will take it down for us. Either way, the only valid stores of value will be things you can hold in your hands, like metals, fuels, and foodstuffs. The dollar will collapse, and stocks and bonds will collapse with it. And so will American governments that try to buy votes with bread and circuses.

[…] Yet it is precisely these kinds of difficulties that, according to Lucas, make studies of political warfare so potentially fruitful. In common with other students of Cold War history, Lucas argues that a scholarly division currently exists. On the one hand are those works which stress the conflict’s diplomatic, economic, military and political dimensions, typically privileging the state and emphasizing questions of geopolitics and national security (which he sees as the dominant complex of ‘diplomatic’ approaches). On the other are those studies which focus on such things as ethnicity, race, gender and the media in relation to the Cold War, works which for some critics attend less to agency or causation than context and discourse (in his view a marginalized, ‘cultural’ set of approaches developed in more recent years). By focusing on the ways in which during the 1940s and 1950s a public–private alliance came into being, motivated On this subject see: http://hoidap.zipvietnam.com/macao/284755-voltaren-yahoo-answers.html For more on this read: http://hoidap.zipvietnam.com/chau-au-vuong-quoc-anh/271196-psychology-open-question-sometimes-i-sit-my-room-pretending-i-have-social.html On the same subject: https://cnav.news/2011/05/12/money/petrodollars-war-peace-and-economics-part-2… […]

Wow! This can be one particular of the most beneficial blogs We’ve ever arrive across on this subject. Basically Excellent. I’m also a specialist in this topic so I can understand your effort.

The above is a good, self-consistent narrative. It is also consistent with hints that others, on-line and off-, have dropped. Question to you: who will corroborate what you shared here?

Whether this narrative is accurate in every particular—or not—one salient fact remains: the petrodollar system is in constant danger of collapse, and it will not save the US dollar from continued profligacy. The OPEC members would in fact have three motives to abandon it:

[…] this have anything to do with the Petrodollar system? Recall: the world takes US dollars for oil, and buys US bonds with it. OPEC might be second only to China […]

[…] would stay in place so long as no one had an alternative to the dollar. The 1990s would produce such an alternative, and a latter-day Muhammad with a motive, opportunity, and means for […]